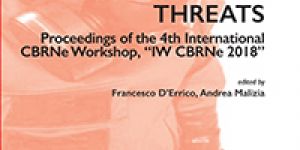 The Directive Board of the International CBRNe Master Courses is proud to announce that on Friday, September 15, 2017, former student of the 2nd level International CBRNe Master Course, Lt. Col. Andrea Gloria became the new battalion commander of the 1st Battalion NBC “Adria” of the 7th Defense Regiment NBC “Cremona”. The ceremony, held at the military facility “Piave” in Civitavecchia, was attended by representatives of the Directive Board of the CBRNe Master Courses, who wish to congratulate Lt. Col. Andrea Gloria for his excellent achievement and a successful future at the command of the Battalion.

We want also say that we are proud that the REgiment Commander of the 7th Defense Regiment NBC “Cremona” is another former student of the Master, Col. Fabrizio Benigni.

#MasterCBRN are proud to work with you!