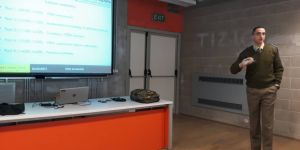 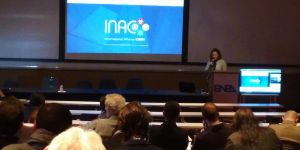 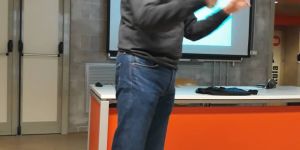 It is a pleasure to announce that, this week, the 1st and 2nd Level #MasterCBRN hosted 3 seminars of Col. Athavale on terrorism, counter-terrorism, CBRNe events operations, and management.

Col (Dr) Ram Athavale, is an ‘81 Batch veteran and an alumni of Defence Services Staff College and Army War College. He has commanded an Armoured Regiment and held numerous General Staff appointments in his three decades plus military service. He was last posted as Director CBRN at the Indian Army Headquarters. Col Athavale is a specialist in Chemical, Biological, Radiological and Nuclear (CBRN) Security, Risk Mitigation and Incident
Management. He holds a MSc in Defence and Strategic Studies, a Certificate in Disaster Management, PGDM in HR, a Fellowship in CBRN Disaster Management and a PhD for his
Doctoral research in CBRN Terrorism and its Crisis and Consequence Management in India. Col Athavale has been a Key Advisor to the Govt of India (MoD and MHA) on CBRN Security and Incident Management. For the past three years, he functioned as a Key CBRN Expert for the European Union CBRN Risk Mitigation Centers of Excellence initiative (EU CBRN CoE). He was deployed in the Eastern and Central Africa region and advised Government agencies of eleven Partner Countries on CBRN risk mitigation matters from National CBRN Strategy, Gap analysis and Needs assessment, National action plans down to awareness generation and response mechanisms.
Professor Athavale is a Visiting Faculty for some Indian and Overseas universities, academic institutions and military training establishments on Disaster Management and CBRN subjects. A prolific writer in CBRN and Defence journals and magazines, he has been a CBRN subject speaker at many international seminars and conferences. He has recently authored a pioneering book titled “Toxic Portents” on ‘CBRN Incident Management in India’. Presently based at Pune, India, he functions as a CBRN Security, Risk Mitigation and Incident Management Consultant. Further details are on his website www.chebiran.com .

Thank you, Col. for your effort in making our #MasterCBRN successful.